Just as there are tons of weird and interesting laws in place all over the world, there are also tons of interesting tax facts! We’ve collected a list of facts from the US and the world. Use this fun knowledge to shock a friend or impress a colleague. 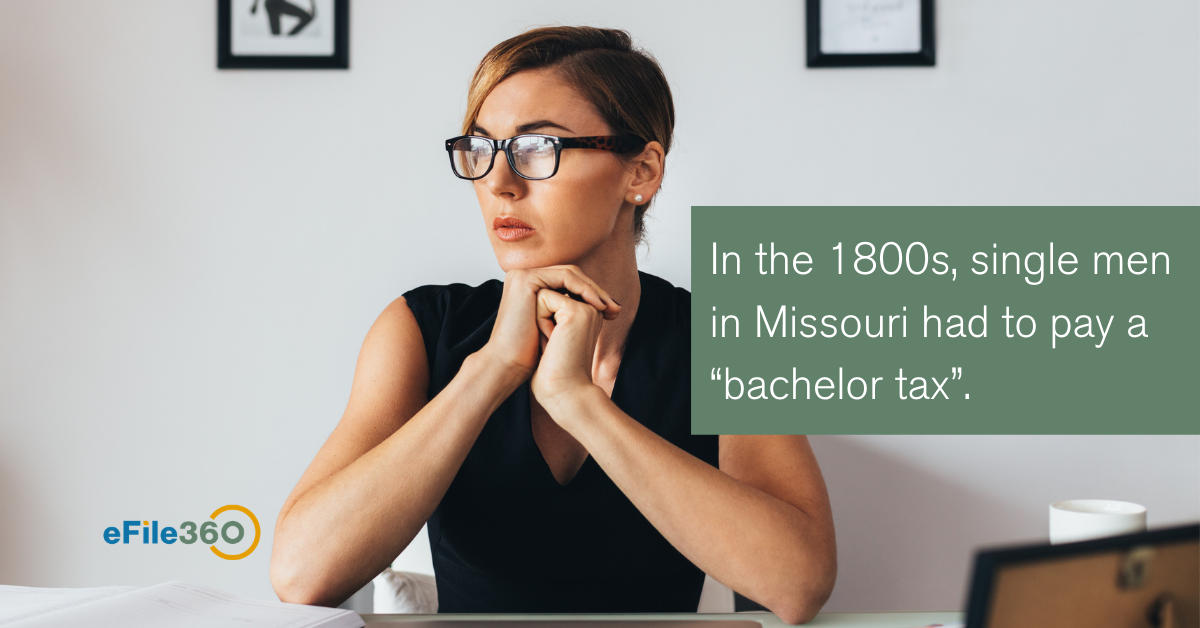 Lady Godiva took her famous 11th century ride because of high taxes. She pleaded with her husband Leofric, Earl of Mercia, to lessen the burden on his subjects. He made her a bargain: he’d lower the taxes if she rode through the town naked. And she did.

Employers have only been withholding income taxes from employees’ paychecks since the Current tax Payment Act of 1943.

Albert Einstein once said, “The hardest thing in the world to understand is the income tax.”

Madison Square Garden, the New York entertainment venue, has not had to pay property taxes since 1982.

In 1696, a window tax was introduced in England and Wales. It was assessed as a flat property tax plus a tax based on the number of windows a home had. As a result, some people bricked up their windows.

Illinois, Colorado, and Washington all have a candy tax, but their definition of candy is specifically described as having an absence of flour. This means gummy bears are taxed as candy, while Kit Kats and Whoppers are not. For more, check out this article about the candy tax from NPR.

In New York City, bagels are taxed twice – once before they’re sliced, and once after.

California has a 33% tax on fruit that is bought from a vending machine.

In Arizona, ice blocks and ice cubes are taxed differently.

In 2005, Arkansas implemented a 6% tax on tattoo and body piercing services.

In Maryland, a flush tax was put in place in an attempt to protect the Chesapeake Bay from too much wastewater. This tax consists of a monthly charge of $2.50, or a $30 annual fee for septic system owners, which goes to a coastal restoration fund.

Alabama has a playing card tax. If you buy a deck of cards, you’ll pay an extra 10 cents per pack, and sellers will pay a $1 fee plus a $3 annual license. Other card games are exempt, however – this tax only applies to decks with 54 cards or fewer.

In Alaska, eligible whaling captains can deduct up to $10,000 for whaling-related expenses.

There was a beard tax in Russia in the late 1700s. Peter the Great didn’t want his subjects to have beards, so in exchange for their payment of the tax, they got a beard kopek (a token or coin) inscribed with “The beard is a useless burden.” If a man was found with a beard but no token, he was forcibly shaven.

In New Mexico, anyone over the age of 100 and not claimed as a dependent doesn’t have to pay income tax.

If you were diagnosed with certain medical conditions that require you to exercise and you built a pool specifically for that exercise, you may be able to deduct the cost of that pool installation from your taxes.

Filmmakers who shoot scenes in Mexico City can enjoy some nice tax breaks if they highlight the city itself in the movie (and shots of the city’s modern skyline being included means even more tax breaks!).

Aside from Eritrea (an African country) and the United States, no other countries require citizens to pay taxes on their income if they work and live outside the country.

In Roman times, there was a tax on urine purchases because urine and the ammonia in it were used for tanning and laundering.

Check out this interesting fact from Britain: “In England, residents must pay a license (or, ahem, license) fee for each TV in their homes. The money from this annual fee goes toward funding the BBC. The cost is 157.50 pounds for a color TV and 53 pounds for a black-and-white TV. The blind pay half as much.”

There are tons of weird taxes and tax practices throughout the United States and the world.  Sign up for a free account today for help with your tax questions, issues and filing.